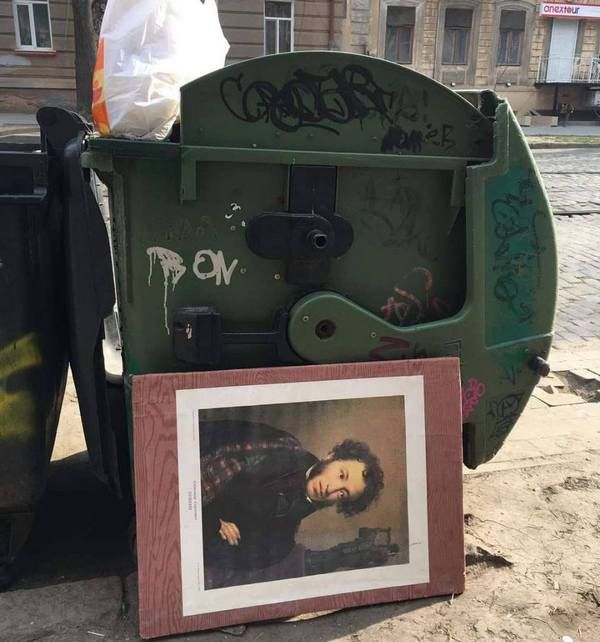 For what is happening now in Ukraine, Russian culture is responsible along with Russian weapons. Because it is she who supplies the Russian mind with ideas about what is good and what is bad.

“The Ukrainian crisis is only an excuse for Russophobia.”

This phrase was once written by writer Paulo Coelho on Twitter shortly after the war began.

In the comments, he immediately hated, of course, both the “Ukrainian crisis” and “Fear of Russia”, and even for things not directly related to the war, such as the questionable qualities of his books and the inferiority of a literary talent. What can you do? The audience immediately hits the squares with imitation of Russian artillery.

Coelho immediately tried to return. He said that he “flyed from Moscow to Vladivostok” – he obviously wanted to say that he “knew Russia”. He asked not to confuse the criminal regime with “ordinary people”.

For the Brazilian, perhaps this is a sore point – are “ordinary people” responsible for “the system”? And he really wants to give him a negative answer. Learned helplessness is not a panacea for regret.

But in Europe, oddly enough, everything was not so clear.

Here we start from two assumptions, either they are indisputable, or they are assumed to be indisputable. The first of them clearly formulated Coelho: Ordinary people are not responsible and are not responsible for the actions of the system. There is Putin, and there are “only Russians” (the option is “good Russians”) who “also suffer” (this “also” is of particular value). The result of this assumption was that the Russians are as much victims of Putin as the Ukrainians. Well, it’s not quite the same thing. But still the victims. In addition, such barbarism as collective responsibility should not be allowed.

If you are already repulsed, cheer up. Next will be more difficult. The second hypothesis: Culture is a field for mutual understanding and cooperation. Whatever political conflicts and storms that shake the world, culture transcends it. This is the wisdom of humans. No political stupidity can contaminate her white clothes. You can “uninstall” two of the most hateful cultural figures to support the abuser. Netrebko was expelled from the Metropolitan Opera. Gergiev was threatened to cut off contracts if he did not regret it. But it is also possible (and necessary) to find “good Russians” who will confirm by their own example that the great Russian culture as a whole, like the wife of Tsar, is beyond doubt.

As politicians debate sanctions, and citizens march in support of Ukraine, Western cultural institutions have already begun to work on a future “reconciliation” with Russia. They are preparing to heal the wounds of war and rebuild the bridges you destroyed.

See also: Moment of cruel truth: University of British Columbia under the Moscow Patriarchate, are you with the killers or the innocent killers?

Attitude to culture as Caesar’s wife is very revealing. Oddly enough, no one ever brings this idea to its logical conclusion. Russian culture, as a rule, faithfully serves the order. Or rather, more faith than truth. The system gives weight and shine. Choose appropriate clothes and excuses for him. It forms the mainstream and creates alternative images for export. And when the system loses its belt and stops hiding the core of cannibals, culture finds within it resources for self-justification. And then he says: Can a certain madman denigrate the majestic edifice of culture built by generations of Tolstoy? The madman can be thrown into the sea. But culture does not belong to him, but to all of humanity.

This hand ploy is not limited to cultural figures who feed at the hands of a dictator. The church has done the same for centuries. Secular Western culture is trying to play the same role that religion played two centuries ago. Debt has paid the price of “struggle”, for exclusivity. Culture, on the contrary, insists on inclusivity, and relies on it as a universal remedy for conflicts. But the result is unfortunate – there was no one to answer the basic questions. Questions about good and evil. Both this and another within the framework of modern Western culture have been cowardly replaced by calls for “dialogue” and “reconciliation”, and “mutual understanding” has turned out to be more valuable than truth.

One way or another, the European cultural community works exactly in the direction proposed by Paulo Coelho: to save the “good Russians” and their “great culture” from the “Russophobia” that erupted against the background of the “Ukrainian crisis” and the hypothetical madness of their leader.

This madness, by the way, is an integral part of the plot, and is necessary for the next justification of the “good Russians”. First, madness is like the fate of a Greek tragedy. It is impossible to blame anyone for what happened if insanity was incorporated into the plot. Secondly, madness is very Russian … That is why, this Russian culture, presented in European style, is valued for the abyss of irrationality and even hell.

Whether culture is to blame and whether “the average person” is responsible are not two questions. It’s the same. Because at the heart of all the great Russian culture is the figure who bears the entire burden of responsibility for the fate of the Motherland, including the current war. That famous little guy. Nothing can be faulted at all – precisely because of its small size. He does not repent of anything and does not regret anything – because “what can he change?” If he feels sorry for anyone, then only he himself, who is thrown into a huge world – hostile, “rosophobia”, uncomfortable, constantly demands some decisions and actions for which he is too young. He wraps himself in his overcoat and trembles only when the thunderstorms of that era hit him, and falls on his head out of nowhere – all the same fate, all the same stray Greek gods who play with the fate of purely mortals.

The whole “Great Russian culture” serves to keep the “little man” in this state – helpless and infantile. He is only able to complain, to hate, to repeat the sayings and phrases of others, because no one before has given him a voice and the right to speak in his name. He was used to it. And I started to enjoy it. And he began to take it for his nature, as a task. to your own strength. Great culture dominates the little man, imposes on him its models and stereotypes, does not allow him to enter into a dialogue not only with the outside world, but also with himself – and accepts this as a given and as a redemption.

What we see now in Russia is the triumph of the great Russian culture. Now the same little man sits on the throne of the Kremlin, the spiritual son of Akaki Akakievich or even Akaki Akakievich himself. Only he, by the will of fate – all the same old Vatum – crawled to the top of the career ladder. And now he has a closet full of coats. And the table is incredible. And the boyar folds in front of him in half. And with a red button it is played like a stylish keychain.

But he himself is still small and lowly in the rumble of history like a flea in a fur collar. Russian culture has been proudly cherished throughout its history – it has grown and flourished and seems to be covered in nuclear mushrooms.

But she did not grow up.

Is “culture” to blame?

yes. Because culture is not the Bolshoi Theater, nor Repin with Kandinsky, nor even Leo Tolstoy with the novel The Own Process and the World. Not a collection of artifacts, as the Soviet school taught us, and like all lovers of “great Russian culture”, liking masterpieces, like to think. Because what else could she appeal to if she had nothing else to show for her? What to brag about – there is nothing more to hide behind. Culture is, first of all, a system of values ​​that underlies the worldview of a particular person and society as a whole. And if a generation of people grew up in the framework of a certain “great culture” able by the majority of votes to support the missile attack on the maternity hospital, neither Dostoevsky (what about “Tears of a Child”? ), not even the entire repertoire of the Mariinsky Theater could justify this culture.

Can we call it “collective responsibility”? Russophobia? I don’t know. It seems to me that for the past two weeks there is no room in this world for rusophobia. As there was no place for Germanophobia during World War II. This word is simply meaningless.

For what is happening now in Ukraine, Russian culture is responsible along with Russian weapons. Because it is she who supplies the Russian mind with ideas about what is good and what is bad. Even shooting at residential areas with Russian missiles could not bring down these landmarks. Here, for example, is what “anti-war” and even quite liberal “Gorky” write a week after the Russo-Ukrainian war.

Almost a hundred years ago, Kyiv was captured by enemies – detachments of petliurists, who were opposed by only a few officers and cadets of the former tsarist army. Mikhail Bulgakov spoke about this in his novel The White Ranger …

Not a quote from the classic – the direct speech of the editors: the Ukrainians are “Petliurist factions”, that is, the UN army is the enemy. No quotes. References to Bulgakov are not only an excuse, they aggravate the situation. Russian culture does not question the position of the author and does not take into account the point of view of the heroes – these “unreliable narrators”. It directly and unambiguously indicates who the enemy is. And the fact that “Kyiv is ours” – at least a hundred years will pass, at least a hundred.

Thus culture assumes the humble role of a fire watcher.

Culture is not a preserve where you can keep your clothes white (although many “good Russians” do their best to impress themselves and everyone else along the way). Not a “space for dialogue”, as Western colleagues would like to think, who need to somehow justify funding their projects. Culture essay accusation.