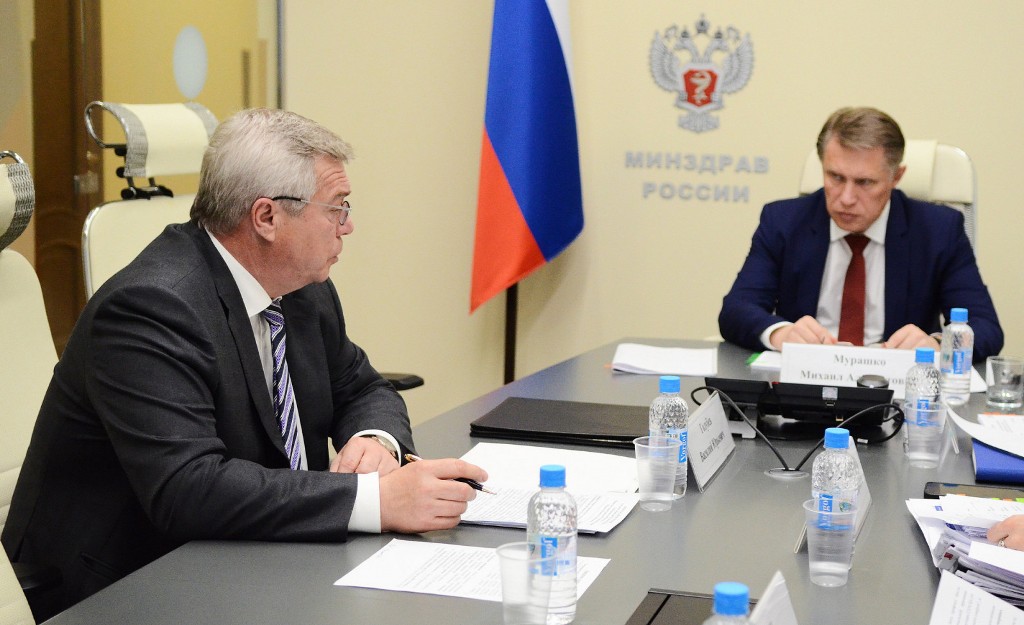 The Governor of the Rostov Region Vasily Golubev met with the Minister of Health of the Russian Federation Mikhail Murashko. During the meeting, they discussed the construction of a children’s surgical center in Rostov-on-Don, the reconstruction of the emergency hospital in Taganrog, the reorganization of the health care system in the Rostov region.

The head of the Don region told the head of the Federal Service that the construction of a children’s surgical center of innovative technologies with a capacity of 405 beds on the basis of the Rostov Regional Children’s Clinical Hospital is proceeding according to the planned schedule.

The facility is being built within the framework of the National Healthcare Project from the end of 2021. Since March, this large-scale construction, by decision of the Government of the Russian Federation, has been included in the list of large projects with state participation, financed under state programs and at the expense of the National Welfare Fund. The cost of the object under the contract is 7.3 billion rubles. Currently, the work has been completed for 2.5 billion rubles, and the construction readiness of the facility is 12%. Work is done around the clock. The contractor undertakes that by the end of this year, the construction preparations for the facility will be at least 60%.

We use cookies to ensure that we give you the best experience on our website. If you continue to use this site we will assume that you are happy with it.OkPrivacy policy